Over 30 Years of Engineered Excellence

Throughout our history Bray has earned a reputation of excellence by creating products of superior value and quality, providing personalized customer service and on-time delivery. The key ingredient has always been a fully integrated product line innovatively engineered to meet the real needs of the process industry.

With our incorporation on April 23, 1986, Bray International, Inc. began an unprecedented history of success. Our goal was to establish Bray as The High Performance Company – high performance based on entrepreneurial vision. Throughout our history Bray has earned a reputation of excellence by creating products of superior value and quality, providing personalized customer service and on-time delivery. The key ingredient has always been a fully integrated product line innovatively engineered to meet the real needs of the process industry.

In our first year the company structure and product line was designed. By Christmas of 1986 the first valve prototypes were produced. Additionally, all sales and technical literature were prepared. A unique network of experienced distributors, with proven track records, was well under way. A suitable factory was located in March of 1987 and the first valve production runs began in June of that year. The initial butterfly valves were the Series 20/21 Sanitary/Chemical, the Series 30/31 General Purpose and the Series 35/36 Large Diameter.

Bray Continental Europe operations began in June 1990. The start up of these four operations outside the U.S. significantly expanded our customer base, and established Bray as an international company. At home, the first Series 20/21 stainless steel valve bodies were produced in June of 1988. The move to our present Bray U.S.A. factory location in September of 1990 was a significant milestone. This 61,000 sq. ft. building allowed for rapid expansion and increased production capabilities.

Beginning in February of 1992 with the Series 50 Valve Status Monitor, several new products were introduced. The U.S. manufacture of the Series 90 Pneumatic Actuator started up in February of 1993 and the Series 22 HPV was in production later that year. The next area of international expansion was the Pacific Rim. Bray Australia opened in December of 1993.

International expansion continues with Bray China and Bray Hong Kong following in January and September of 1995, respectively. These countries represent some of the fastest growing economies in the world and offer enormous opportunities.

The series 70 Fieldbus Foundation Electric Actuator is introduced at the ISA exhibition in Chicago and was named one of "The Best Products of 1996 by Design News Magazine. That year Bray acquired the Bray/McCannalok line of high performance butterfly valves from McCanna, Inc. Bray USA was certified to ISO 9001 quality standards & the Series 40 Fire Safe was awarded API's 607 4th Edition Fire Safe Certification.

In 2002 Bray acquired our distributor in the Netherlands and formed Bray Benelux.

Bray Japan was opened, and we established a regional sales office and Chile.

The opening of the brand-new Bray China Factory triples capacity, employs more than 550 people and has a floor area of over half a million square feet, in other words, the new facility is hundreds of times bigger than the first workshop. Bray Controls India & Bray Controls Peru were open that year too.

Bray India is scheduled to open its manufacturing facility in September, 2012.

Bray's engineering excellence and precision manufacturing have produced a modular product line optimized for mounting on Bray valves, this year the Series 98 actuators were introduced. And also the acquisitions of Kugelhahn Müller Ball Valves and VAAS Knife Gate Valves was incorporated to Bray International.

Bray International, Inc. acquires manufacturer of Acris PFA lined butterfly valves and Acris PFA lined ball valves from KSB. Bray International, Inc. is proud to announce the addition of Amresist, Inc. (formerly KSB AMRI, Inc.), manufacturers of the high performance line of Acris PFA lined butterfly valves and ball valves. Within the scope of the acquisition, Bray took over the production site and employees, as well as the ACRIS and AMRESIST brands. In addition, KSB and Bray concluded a sales and supply cooperation agreement. S19 Segmented Control Valve was introduced in this year.

Major extension of the award winning McCanalok took place during these years. Extending the product range in large sizes, for cryogenic application, for Low-Temperature Fire-Safe applications and Marine & Navy applications.

The Bray Series 70 Servo NXT was introduced this year, providing complete modulating control and monitoring of the Bray Series 70 Electric Actuator. The basic function of the Servo NXT is to position the S70 Actuator in response to a command signal from a process controller. 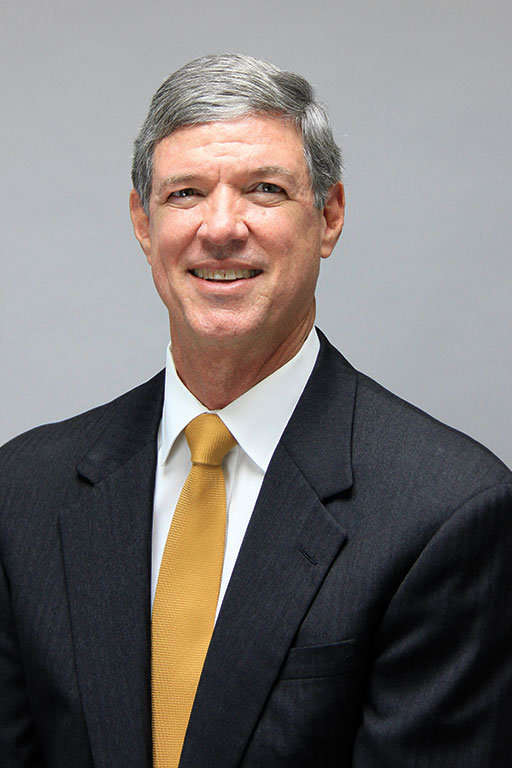 Craig is widely recognized as an expert in corporate management and has over 40 years of international experience in the valve and actuator industry.

Ron has 45 years of international experience in the flow control industry and has served in a senior executive position at Bray International, Inc. for the last 10 years.